By FriskyInPhillyFebruary 13, 2017Most Liked Photos
No Comments 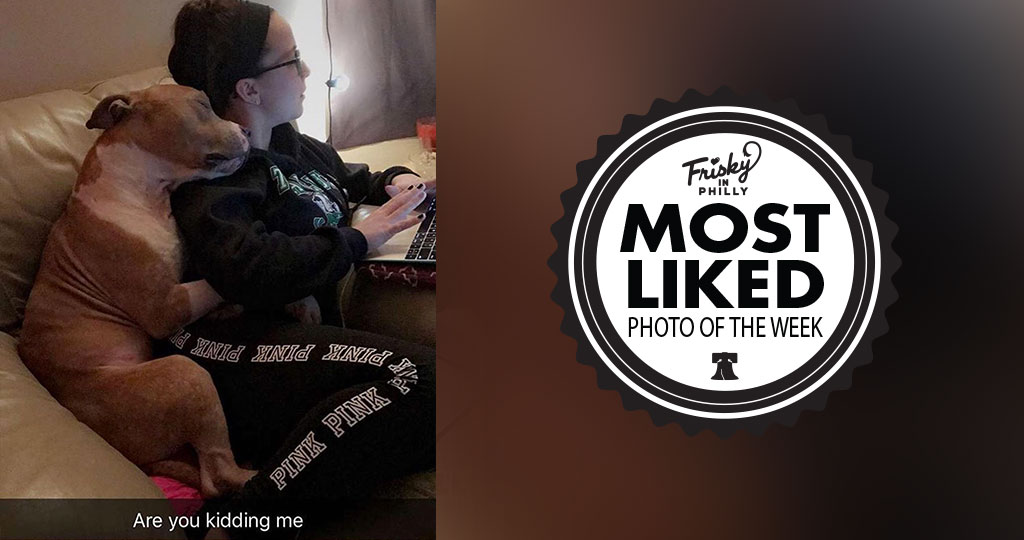 Congratulations to @phillyurgents — The photo, “If ever there was a pic worth a thousand words this is it. Kayla (an ACCT PHILLY volunteer and Temple University student) adopted Russ from ACCT PHILLY less than 2 weeks ago. It was obvious that he had lived on the streets of Philly for awhile? He was skinny, scarred up and very sick, a perfect picture of a throw away dog. His days in the shelter were surely numbered. (Medically fragile/sick dogs are one of the first to be euthanized when space is needed.) Shortly after getting him home, they quickly realized that someone once loved this dog enough to train him. He already knew SIT, BOTH PAWS, DOWN AND STAY. Amazing! How could they have let him go? What happened? Could they not afford to feed him? Did they move? Did they have a new baby? If dogs could only TALK! Anyway, now Russ is lucky enough to have 7 mommy’s in the Temple house who all love him and care for him. But we think he knows exactly which one saved his life. ****It’s important to note that this pic was not staged in any way.****Russ and Kayla formed an immediate bond. He knows exactly where his home is when they go for walks, exactly which car is hers in the parking lot, and exactly who that little 5 ft 1 in girl is who came into ACCT that day and changed his life forever. We have to wonder who saved who. ADOPT A SHELTER DOG/CAT. It’ll be the most rewarding thing you do in your entire life. ACCT PHILLY IS RUNNING AT HALF CAPACITY DUE TO HVAC RENOVATIONS! PLEASE GIVE A SHELTER DOG A CHANCE”, was this week’s Most Liked Photo!

Follow us on Instagram & hashtag your Philadelphia Pet posts with #friskyinphilly for your chance to be featured. If your photo receives the most likes in a week, we’ll mail you a Frisky In Philly sticker pack.

Frisky In Philly celebrates the animal lovers in the City of Brotherly Love. Pet photos, resources for pet parents, advocacy for local rescues, shelters, and foster care -- plus prints, apparel, and gifts. We welcome the awesome pets and animal lovers who help make this city so great!